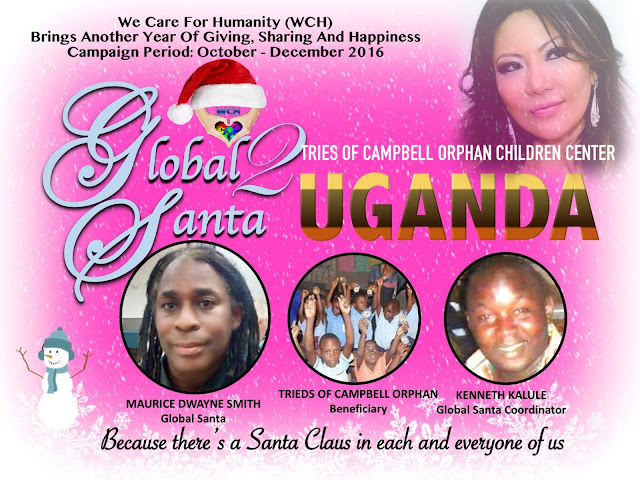 We Care for Humanity’s very own Publicity Ambassador; Maurice Dwayne Smith recently took upon the role of Global Santa (Santa Claus) in Uganda.

Global Santa is an annual Christmas global gift giving drive program of WCH benefitting marginalized children in developing countries believing in a mantra: there’s a Santa Claus in each and everyone of us.

Receiving the kind hearted donation of Maurice is the Tries of Campbell Orphan Children Center Uganda where 200 children enjoyed gifts and food to celebrate the spirit of Christmas. Coordinated by Kenneth Kalule, the children center celebrated Global Santa with entertainment programs performed by the children.

Princess Maria Amor, founder of We Care for Humanity said, “Christmas is a wonderful time of the year when we celebrate faith, family, and the tradition of good wishes and giving gifts to others, family or friends. As we believe that every child should be given equal opportunity to be happy regardless of race, color, religion or socio economic status. I thank Maurice Dwayne Smith for his generosity and dedication to help others. His selflessness and compassion brought joy to many children of Uganda.” 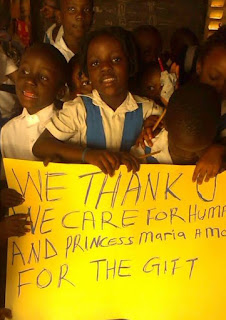 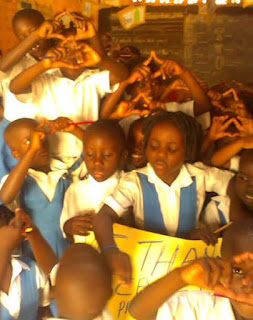 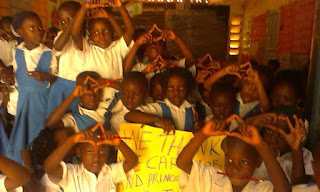 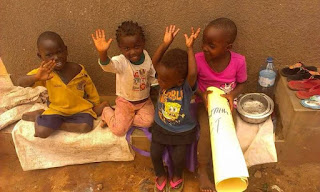 “I was born in Fountainbleu in Paris France to an army family. My father ,Ruben Smith, and my mother Nancy Smith, worked for the Army and as a school teacher in France, respectively.We are originally from the South. My father’s people from Misissippi and Alabama and my mom’s from South Carolina. I am an avid sports fan and I attended and played sports----football, wresting, and track----- at Bishop England High School, in Charleston, South Carolina; my mom chose both a Catholic high school and an elementary school, Immaculate Conception, for my sister and I. Initially, I wasted a lot of time in school pursuing sports and partying but nevertheless,I went to the College of Charleston, The University of South Carolina, where I majored in Journalism, Advertising and Public Relations, with a minor in Theatre and Speech. I finally graduated from The University of Redlands, in Redlands, CA with a degree in business management. I managed to get into SAG-AFTRA, mostly as an extra, but I have done an occasional speaking stint here and there—CD-ROMs, experimental and industrial films, and voice overs in radio. My most recent endeavor was playing a doctor on "Grey's Anatomy". I like horror, love, thrillers, and I like to read. Weightliftingand jogging are some of my hobbies also. Interestingly enough, my family prepared me for a life on the move, as I have been to every state in The USA except for Alaska and Hawaii. I have an older sister who chose the teaching profession and is doing quite fine. What was i like as a child? Well I tend to think that I existed and flourished within "a culture of hate"--------however South Carolina has ceased and desisted with both "The jim Crow Laws' and flying the Confederate Flag------------I witnessed "colored only" bathrooms, and was in establishments where the Klan showed up. I stayed at hotels where my family and I found pounds of raw CHITTERLINS---hogs guts----- at our doorstep!! But don't get me wrong, as despite these ugly truths about the South, I grew up with some very cool whites, mexicans, Filipino's and other races. But it is what it is. It has Metamorphosized into being a cultural and real estate melting pot, as many from other states are recently flocking there for the cheaper home prices, very stable, safer lifestyle and "bible belt" mentality, and affordable education. I too have Metamorphosized , as I am not the militant little athletic, and partying freak I used to be and have settled into writing for Cold Heat News and assisting We Care for Humanity with their charitable functions. Consequently, I am pretty much a normal army brat who has realized that life is what you make it and people and things are subject to change. So change with life and let by gones be by gones. My dad has since passed away, and my mom and sister and most of my cousins are still alive, but their positive,significant influence, along with the impact my elementary and high school friends have had on me continues on;infact, I believe, where it not for my childhood friends, my high school football Coach Jack Cantey and occasional teenage battles with my dad, I would have become a gang member! Thus my personal manifesto is, Live hard, party when it is time, and utilize both education, and Love for God, and know that FAMILY AND FRIENDS are most important;They're one's conduit for a viable and happy life. ALSO, A FRIEND IN NEED IS A FRIEND---NOT A "FAIR WEATHER"------INDEED.”