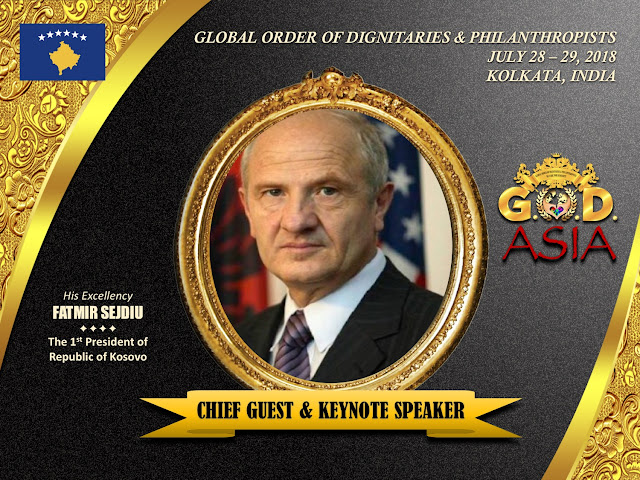 Widely praised by world leaders for prioritizing implementation of the UN-endorsed standards of good governance and multi-ethnicity in his country, His Excellency Fatmir Sedjiu is a huge advocate of peace and had a long engagement of peace building in Kosovo.

Sedjiu, the 1st President of Kosovo is ordained to be one of the CHIEF GUESTS and PRESENTERS OF AWARDS at the G.O.D. Asia in Kolkata, India this July 28-29, 2018. His Excellency is also expected to deliver a keynote Speech among other luminaries and esteemed guests, the 3rd President of Croatia, Ivo Josipovic, the 10th President of Bangladesh, H.E. Hussein Muhammad Ershad, the Royals of Cambodia, Ghana, India, Philippines and many more! 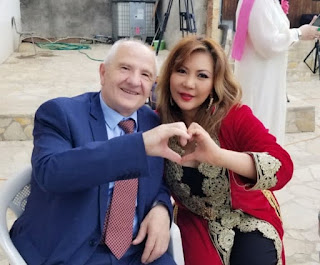 "It is indeed a big honor for WCH to have President Fatmir in the G.O.D. Asia. A personality with magnanimity like his, combined with his intellect and unparalleled expertise in restoring world balance, His Excellency will surely give unprecedented impact to our mission, and unequivocal honor to the great humanitarians of the world.",-Princess Maria Amor.

In his letter to the chairman of G.O.D. Awards, he said, "I am truly and profoundly honored that you have chosen me as one of chief Presenters of Awards & Keynote Speakers at the G.O.D. ASIA, “The Influence of the World Meets the Power of Asia", This is not only an honor but I believe recognition for my many years of engagement in peaceful resolution of conflicts in my region and in my country, Kosovo, and reconciliation among people of different national, ethnic, religious, and other backgrounds." -Fatmir Sejdiu President of the Republic of Kosovo 2006-2010.

Fatmir Sejdiu is a politician from Kosovo. He was the leader of the Democratic League of Kosovo (LDK) and was the first President of the Republic of Kosovo.

He was born in the small village of Pakashticë, Podujevo, FPR Yugoslavia. He finished the primary school and high school in Podujevë. On 1974, he graduated in the Faculty of Law of the University of Prishtina where he also received a doctorate. He served as a professor at the University of Pristina, teaching throughout his tenure as a Parliamentarian. He speaks Albanian, English, Serbian, and French.

Sejdiu served in each of the Presidencies of the Democratic League of Kosovo (LDK) as well as serving on the Presidency of the Assembly of Kosovo and was one of the authors of the Constitutional Framework of Kosovo in 2001. He was an influential parliamentarian in the LDK, the party of former Kosovo President Ibrahim Rugova. He was elected President by the Kosovo Assembly after Rugova died from lung cancer in early 2006. Sejdiu has won praise from world leaders for prioritizing implementation of the UN-endorsed standards of good governance and multi-ethnicity.
Posted by Unknown at 10:23:00 AM